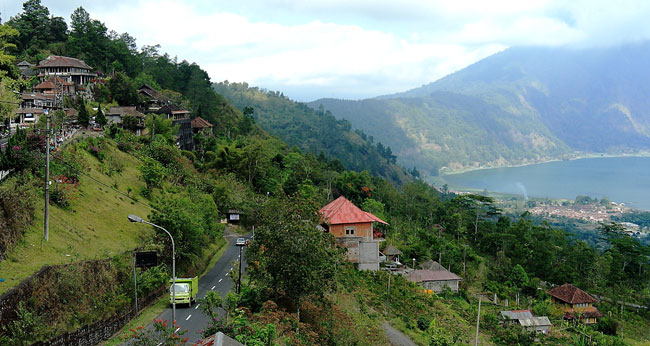 The best way to spend a holiday is to visit new places, especially in other countries. For those visiting Indonesia, they must head to Bali Province which is the hidden paradise of the earth. It is the home for tons of stunning beaches and interesting traditions. Actually, several beautiful villages also reside there including the one called Panelokan. This one is located in Kintamani Sub-District and belongs to Bangli Regency. What is so special about the village? The best allure is its strategic location, which is near to Batur Mountain and Batur Lake.

The Nuance
The first thing to know about Panelokan Village is the nuance. The fact is the village resides on 1,400 meters above the sea level. No wonder, it comes with a cold but refreshing atmosphere. Once tourists arrive at the village, they may see a beautiful panorama of mountainous views as well. It is said the village was once destroyed due to the explosion of Batur Mountain in 1917. Fortunately, both the local government and villagers worked hard to revive it. This explains why the condition gets better over time and it features ample tourism facilities for everyone to enjoy including eateries and accommodations.

Exploring Panelokan Village
The first allure in Panelokan Village is definitely the atmosphere. Thanks to the location. The village offers both refreshing and cold temperature, which is suitable for relaxation. This explains why people who live in a big city often come to the site in order to get rid of stresses. Somehow, the nuance is good for health! As for the tip, it is better to come early in the morning when the air is the freshest.

Indonesia culinary becomes the next reason why Panelokan Village has lots of visitors. Have no worries. Tourists may find many eateries that scatter in different parts of the village. Not to mention the menu varies! Still, the most popular one is tilapia. The fishes come from Batur Lake, actually. While eating such delicious foods, tourists may see the pristine panorama of nature including Batur Lake and Mount Batur! What a perfect combination! Thus, everyone should with either friends or families so the nuance becomes merrier.

Two other common activities that tourists can do in Panelokan Village are sightseeing and photography. Not only visitors can see both Batur Lake and Mount Batur Clearly, but they can also see other stunning objects including Abang Mountain. Plus, the villagers are friendly enough to show direction and give help to tourists. Do not forget to try their foods as well!

How to Get There
From Denpasar City, tourists need to get to Bangli Regency first. The next destination is Kintamani Sub-District. Later, they can simply head to the village by any local transportation service. The whole trip may take around 1 hour and 42 minutes, as the distance is 61.3 km. Have no worries. It would be faster if tourists take Ida Bagus Mantra and Nusantara Street.